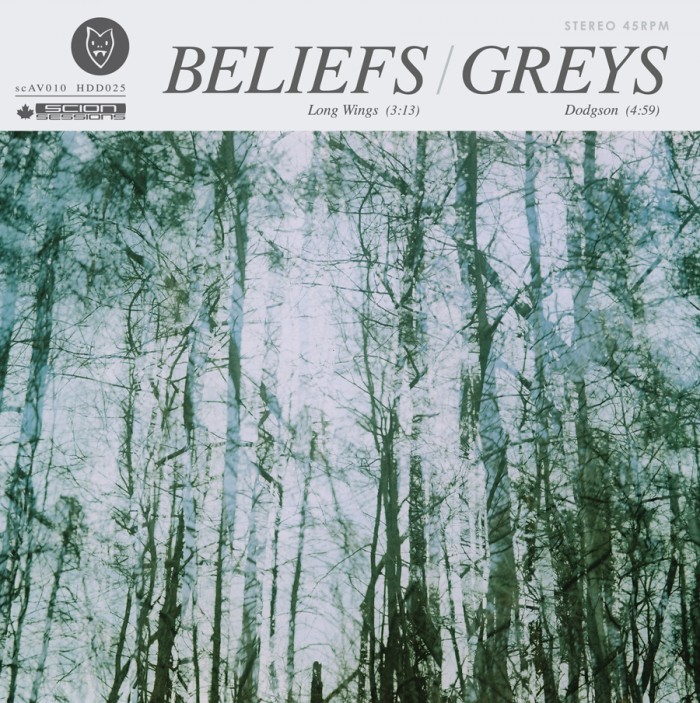 Scion Sessions and Hand Drawn Dracula combine for a second time on an original release pairing up bands from the family canon. On the occasion of the label’s 5th anniversary, two of its most peerless recent additions take grain of salt stabs on besting one another’s sound. Beliefs’ languid shoe-ward gaze raises to an accelerated pace on “Long Wings”, informed by Greys’ breakneck clip and guttural twists. The inverse: Greys’ deliberate “Dodgson” illuminates the gentleness hidden under their sludge. Almost too perfect a collaboration for already companion bands, who evidently could blur the line between them more often.

These two brand new tracks appear on opposing sides of a limited 7″, hitting the streets at Hand Drawn Dracula’s NXNE party, June 15 at The Garrison (Toronto). The coloured & splattered vinyl will free to all who show face early enough.